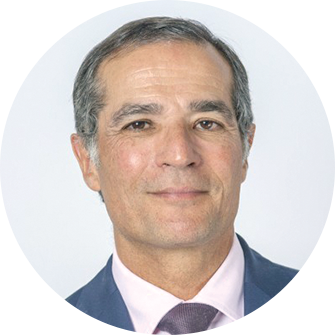 Who is Frederic Hottinger ?

Frederic Hottinger comes from a swiss family with a 200-year legacy in finance, banking and asset management.

He studied at the “Ecole des Entreprises” in Lausanne in 1983, where he learned about finance, commerce and law. In 1984, he graduated in stock brokerage in New York, and went to work with the British investment bank Baring Brothers for 2 years, mostly spent in Hong-Kong. He then chose to return to New York to occupy a position with the Brown Brothers Harriman Bank.

From these years abroad, Frederic Hottinger gained the experience and the close contact with the economic and financial worlds he needed to join the family business in 1988. Thanks to his accurate vision of financial issues, his initial mission was to start with the financial services marketing department, from which he navigated between the various other sectors, assuming the responsibility—for the next five years— of consolidating and expanding the Group’s institutional and banking relationships internationally.

In this role, Frederic Hottinger was involved in a flurry of mergers and acquisitions, among which several operations of corporate privatizations in Hungary. In the course of the 2000s, he also helped reinforce the international importance and scaling up of the Group. Over time, he became “Global Ambassador”. He launched subsidiaries in various European locations, such as Hottinger & Cie in Luxembourg, Hottinger & Cie Limited in England, Hottinger Partner Wien in Austria as well as in Canada and the Bahamas.

The death of his father in 2015 led to a reorganization of the Group which Frederic Hottinger took a great part in. In 2016, he paved the way for the transaction that merged the Hottinger Group with Archimedes Private Office Building Limited. A decision that firmly established the Group’s cornerstone foundation.

A seasoned entrepreneur, Frédéric Hottinger is also an art lover. In 2017, he led the launching of Hottinger Art, a project aimed at sharing important artwork with the public while creating a supportive environment for artists.